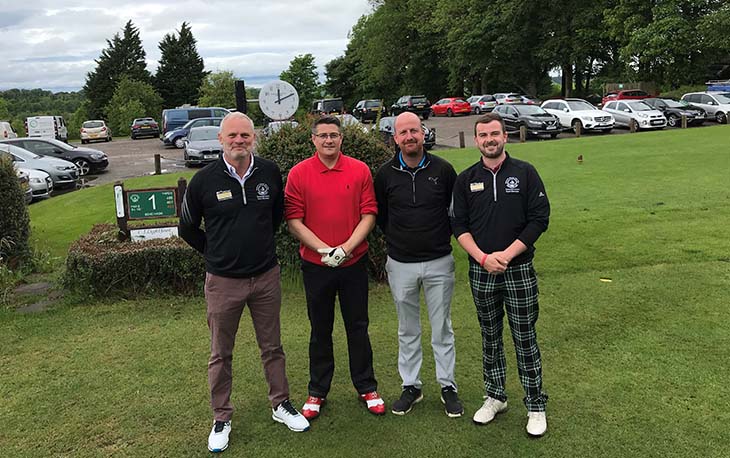 The event took place at Richmond Golf Club on the 31st May 2019 in memory of Stuart Rasbeary who sadly lost his fight against leukaemia in May 2017. Friends of Stuart got together to organise the fundraiser for the 36 year old who was born and raised in Richmond and a serving Staff Sergeant in the British Army.

A total of £3,766 was raised for Bloodwise, a charity dedicated to the research into all blood cancers including leukaemia as well offering information and support to blood cancer patients. Bloodwise’s vision is to beat blood cancer.

As the tournament winners team Blenkiron all received a glass trophy as well as a cup which was later returned to Stuart’s wife.

Funeral Director Carl Tate said:” We took care of the funeral arrangements for Stuart, he was in a year above me at school and I knew him well. It was a huge shock when we heard he had passed away and it was a great honour to be asked to enter a team in the Golf day. We will continue to support the work of Stuart’s friends and family to raise funds for this amazing charity.”

Have you found what you are looking for today?

Remembrance and the Poppy Appeal